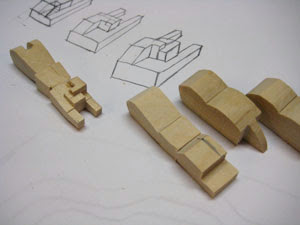 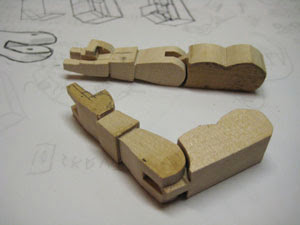 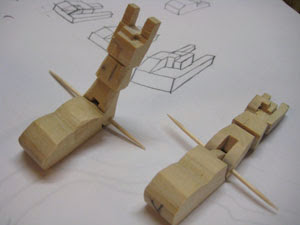 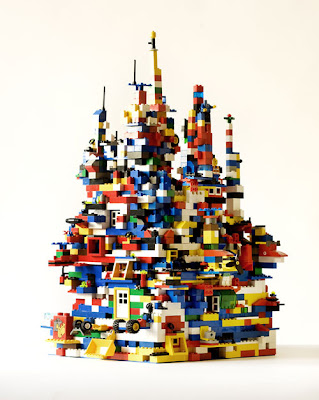 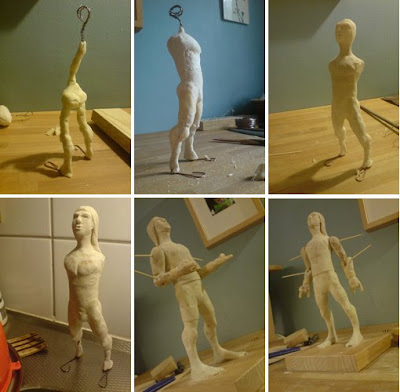 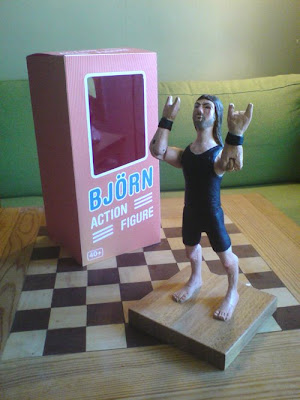 I built this as gift for my good friends Lina and Per who got married this summer. Originally a drawing (based on a sketch from years ago) that I made for their invitation card. I thought a clockwork tandem bike was a good metaphor for the concept of marriage. A delicate machinery but yet powerful, if carefully maintained, and if the partners are agreed about the direction.

Clever huh? And yes, I had a great time building it. 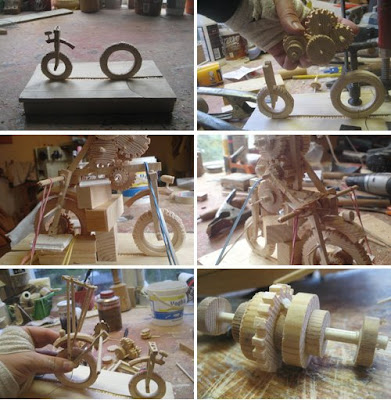 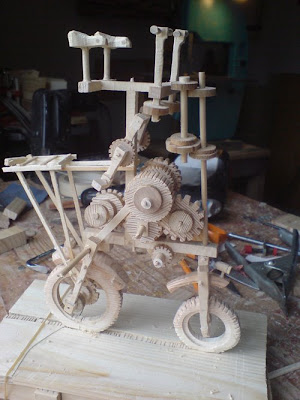 Side project I continued

My long time buddy and work space companion, the ever so generous Jerker Andersson gave me a digital camera the other day (!). So here's a couple of more pictures.Thanks J!

The black hardboard pickguard will eventually be replaced with white or grey pearloid. That'll be so sweet!

And; Yes, "Jerker" is a quite common Swedish name; Skandinavian form of "Eric".
Posted by Anders Nyberg at 11:11 PM No comments: 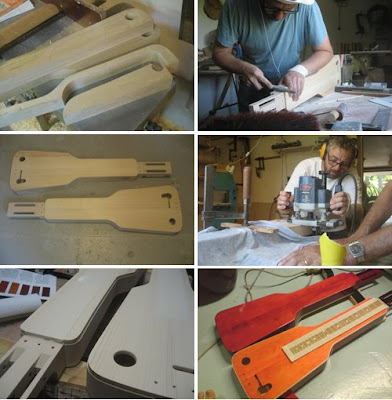 Spent a few good weeks in dad´s woodshop this summer building two lap steel guitars. They're hollow bodies sort of like an ES 335 with a solid piece troughout the hole length of the guitar and some hollowness on the sides. Neck and sides are made out of birch. Top and back is pine. Maybe not the types of wood a luthier would recommend but it sounds ok to me - and, I can point out the spot, in my parents yard, where the birch stood. If I ever do another one I will make sides, top and back thinner to see if I can squeeze some more acoustic volume out of it.

I had a great time building them. Now I have to learn how to play...

Thanks Anders J for glue and support. Thanks dad. 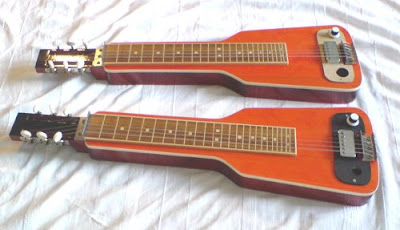 Posted by Anders Nyberg at 1:21 PM No comments: